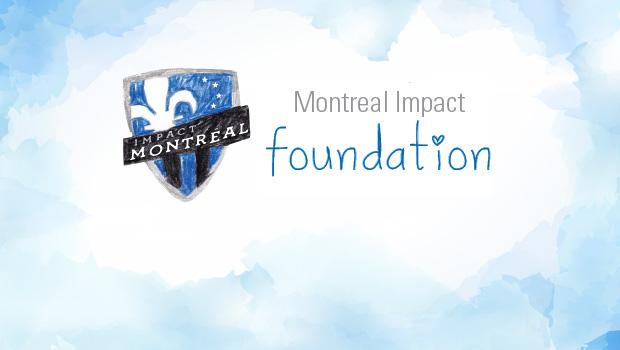 The mission of the Impact’s Foundation is to organize and support activities for the advancement, education and improved quality of life for impoverished children and their families.

“Our goal is to have a competitive team on the field, but our commitment off the field is just as important,” declared Impact president Joey Saputo, who will act as the Foundation’s honorary patron. “A soccer club is a living organisation, which has to grow and evolve in the community, for the community.”

“It is with great pleasure that we join forces with Joey Saputo and the Montreal Impact for this philanthropic initiative,” declared L. Jacques Ménard, president of the BMO Financial Group, Quebec. “It’s a natural partnership for BMO considering our relationship with the Impact and our commitment to helping youth. Together, we can make a difference in the lives of kids suffering in poverty.”

The Foundation’s logo was created with its mission in mind: the child-like writing represents the reason for its existence, the children, while the heart symbolizes the energy and love needed to give them hope.

Dino Madonis will serve as the Foundation’s president. He served as president of the Quebec Soccer Federation and has been involved in the soccer community for a number of years.

The Impact also used the event to hold the draw for the second edition of the Centraide Cup, the first ever fundraiser organized by the Foundation. Some 30 corporate teams will face off over the two days of a soccer tournament, on September 7 and 8, at Stade Saputo.